I have never read anything else like this book. It was as if the prose hatched inside my chest and beat me from the inside out, the whole book is like poetry and it moved me to tears more than once. It’s a story of two separate children’s lives running parallel to one and other during the Second World War, they grow up throughout the book and develop in ways which can only be attributed to their experiences.

Marie-Laure is a young girl living with her father in Paris. We meet her just as she is starting to lose her sight and beginning to adjust to the world around her. Her father works at the museum and once war has bought itself to their doorstep they must flee Paris to a relatives house in the countryside.

Werner is a young orphaned boy living in a children’s home with his sister in Germany when he discovers his love for radio; listening to broadcasts from far and wide and also understanding exactly how they work. He is soon enlisted into the Hitler Youth without really knowing what that means or what lies ahead for him.

Both their stories are incredibly moving and thought provoking. The sense of family and loyalty is a strong theme throughout and both characters also show immense bravery and strength. War does that to people I suppose, it can force you to be stronger than you ever thought possible and can push you to the very limits of your existence.

Although these two have a very different involvement in the war they also share in their human experience. Didn’t everyone at that time? There was so much death, grief and horror from every side you cannot help but think the suffering was universal and it’s a miracle it didn’t change the human race forever more.

This is a section taken from the book when Werner writes to his sister back in Germany, he finds it difficult to describe the horror of his war so instead he writes her this:

I have been feeling very clearheaded lately and what I wanted to write about today is the sea. It contains so many colours. Silver at daw, green at noon, dark blue in the evening. Sometimes it looks almost red. Or it will turn the colour of old coins. Right now the shadows of clouds are dragging across it, and patches of sunlight are touching down everywhere. White strings of gulls drag over it like beads.

It is my favourite thing, I think that I have ever seen. Sometimes I catch myself staring at it and forget my duties . It seems big enough to contain everything anyone could ever feel.

I urge you to read this book, it is so beautiful it seems a crime not to. You will want to know these characters and have them in your life, I don’t regret letting them in.

I bought mine from my local book shop but you can shop it online here. Happy reading 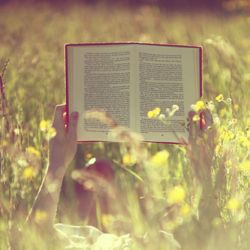